Firearm maintenance includes cleaning your gun, inspecting it for wear and tear, and replacing unserviceable parts. It’s important to perform gun maintenance to ensure that your firearm will function properly and not experience a malfunction or catastrophic failure.

This blog post and other content on this website DOES NOT constitute or form an instructor-student relationship between the author (me) and the reader (you). Online education can only supplement in-person formal instruction, it cannot replace it. It is your responsibility to understand the firearm laws in your area and to follow the Firearms Safety Rules. 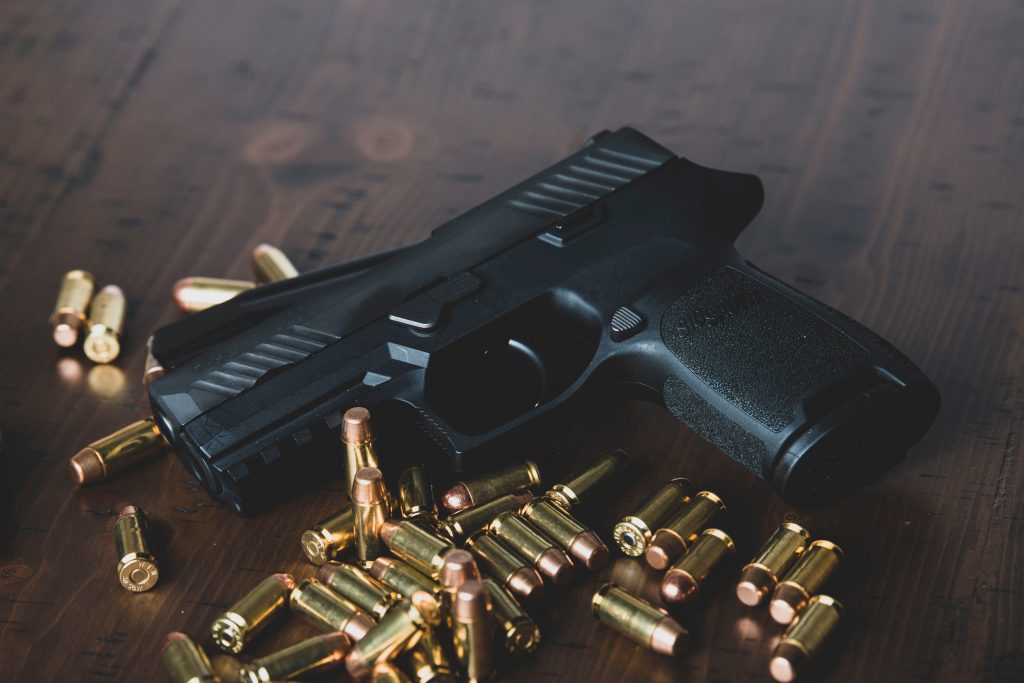 Do not keep ammunition in the same room that you plan to clean your firearm!!!

Ensure that the firearm is completely unloaded BEFORE disassembly. Remove the source of ammunition (magazine) BEFORE ejecting any chambered cartridges.

When I was in Marine Boot Camp, we used to clean our M-16 service rifles multiple times per day. We cleaned them so often that we removed the finish. Ironically, removing the finish causes the gun to rust more easily, thereby causing us to have to clean them more often.

While cleaning our service rifles in the barracks at Boot Camp, the Drill Instructor would scream, “SCRUB!”, to which we would reply in unison “HARDER, FASTER, AYE SIR!” as we scrubbed the finish off our rifles. This back and forth chanting would go on until the next scheduled event or he got bored. 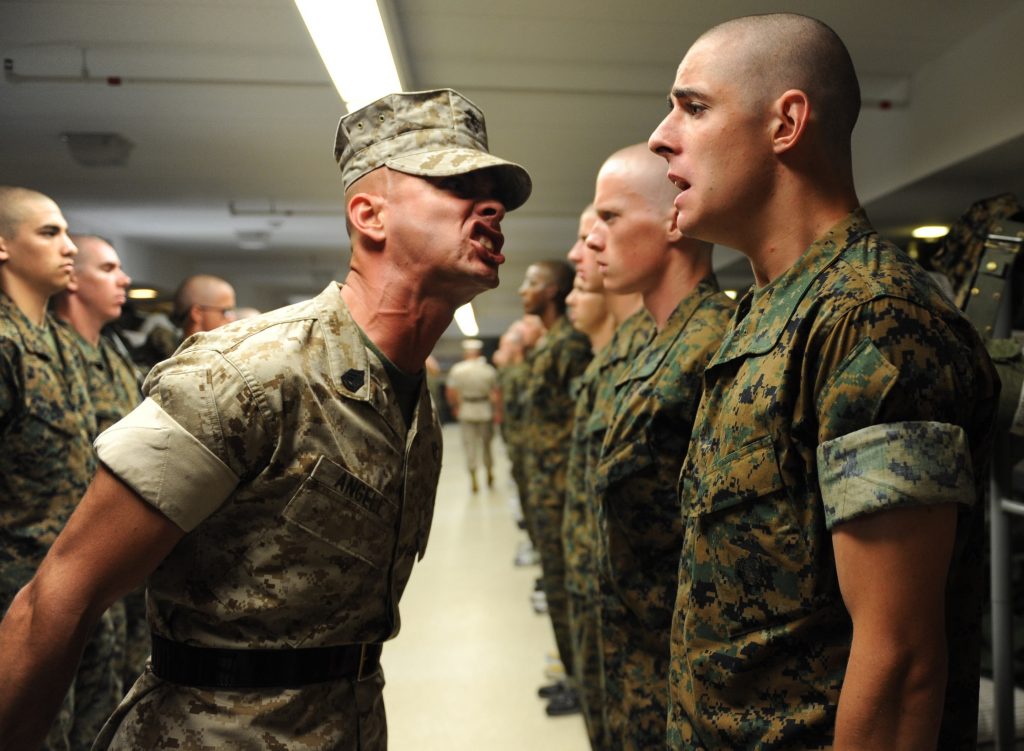 Following Boot Camp, the Corps’ approach towards weapons maintenance did not relax much. We didn’t scrub the finish off, but the armory Sergeant mandated that we remove every trace of carbon build-up. Carbon build-up is essentially the byproduct left behind after firing.

It took me years to break the habit of using dozens of Q-tips and cleaning patches after shooting a few hundred rounds at the range.

I’m not sure if it was taking advice from other instructors or my own experience with minimal malfunctions, but I eventually realized that my firearms did not need to be in pristine condition (or even close) to function properly. Not only do firearms function just fine “dirty”, but over cleaning can accelerate the wear of your firearm. 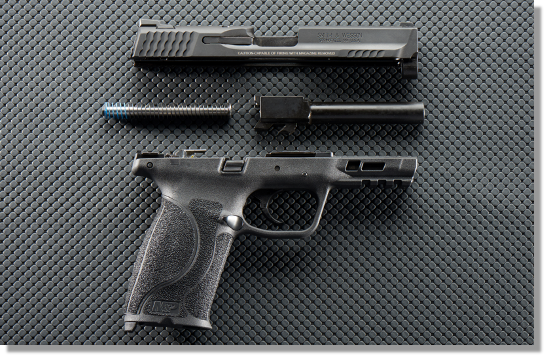 Now, I tend to treat my guns like cars when it comes to lubricant. I ensure the oil level is good and only replace the oil every few thousand miles/rounds. This same principle can apply to firearms. Most modern pistols and rifles will function reliably as long as you keep a think layer of oil on the parts that experience friction.

Even when you replace the oil in your car, you don’t don a pair of white gloves to ensure no traces of dirty oil remains, you simply empty out the old and replace it with the new.

This same idea can apply to cleaning your guns. There are times when it is a good idea to wipe off the old and dirty lubricant before applying new clean lubricant.

Now, are there occasions when I like to detail my guns and clean them until the cleaning patches come out clean? Yes, but I do this on very rare occasions.

The type of lubricant you use on/in your gun doesn’t really matter that much, with a few exceptions. From personal experience, I do not recommend Frog Lube. I used Frog Lube for years with no issue until a few years back at an IDPA match.

I stepped into the starting position and after indicating I was ready, waited for the shot timer to beep. After the beep, I drew my Glock 19, presented it to the target, obtained a sight picture, and pressed the trigger…click. I instinctively slapped the magazine, racked the slide, aimed in, pressed the trigger…click. Repeat. Click. Repeat. Click. Game over.

I cleaned it off with normal gun lubricant and after reassembling the slide and gun, it functioned perfectly with no more issues.

I do not mean to bash Frog Lube, and I know many people who have used and love their product. However, I couldn’t help but think what I would have done if that malfunction occurred under a real life deadly force encounter.

The only lubricant I use now is Slip 2000 Enhanced Weapons Lube (EWL). I not only like Slip 2000 because of its viscous properties, but it is non-toxic and non-hazardous.

This doesn’t mean that I would try drinking it or wouldn’t wash my hands after cleaning my guns, but I like to minimize the number of toxic cleaning supplies in a house with kids. 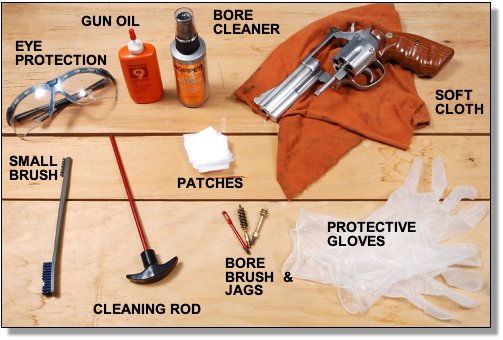 For general firearms maintenance and cleaning, you do not need to buy an elaborate cleaning kit. I recommend the following at a minimum:

If you prefer to have a complete kit, Otis makes great cleaning kits:

We receive a small commission if you purchase using the product links at no extra cost to you. 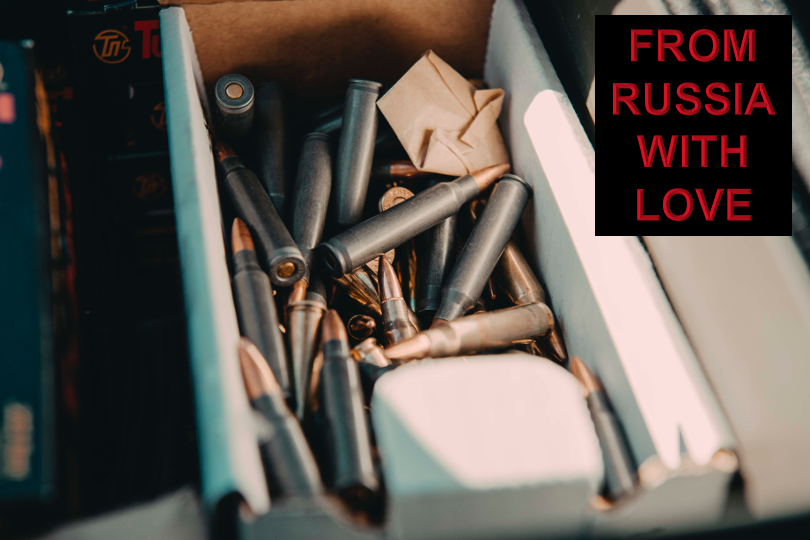 One exception to occasional maintenance is for the Vladimirs out there who enjoy shooting spam can lacquer coated ammo. The coatings on certain types of ammo are cursive and these chemicals can destroy your firearm if not removed.

Disassembling and cleaning your guns after shooting also provide you an opportunity to inspect them for wear and tear. If you notice any cracks or deformations on any of the components of your gun, you should contact the manufacturer or a certified gunsmith before attempting to shoot it. Some basic things to inspect include:

While this might sound obvious, I feel the need to state it. If you notice unusual signs of wear and tear or you notice cracked or damaged components, replace them before attempting to shoot your gun again.

You may be thinking how obvious that sounds, but if you notice damage that might not be reparable before a planned shooting or hunting trip, you might be tempted to risk it. Don’t.

Optimally, it would be a good idea to have a few spare parts just in case you had a failure, so you wouldn’t have to wait on shipping. This would also be good in the event of a grid down scenario, where power and logistical supply chains were down and you needed your firearms for security and self defense. 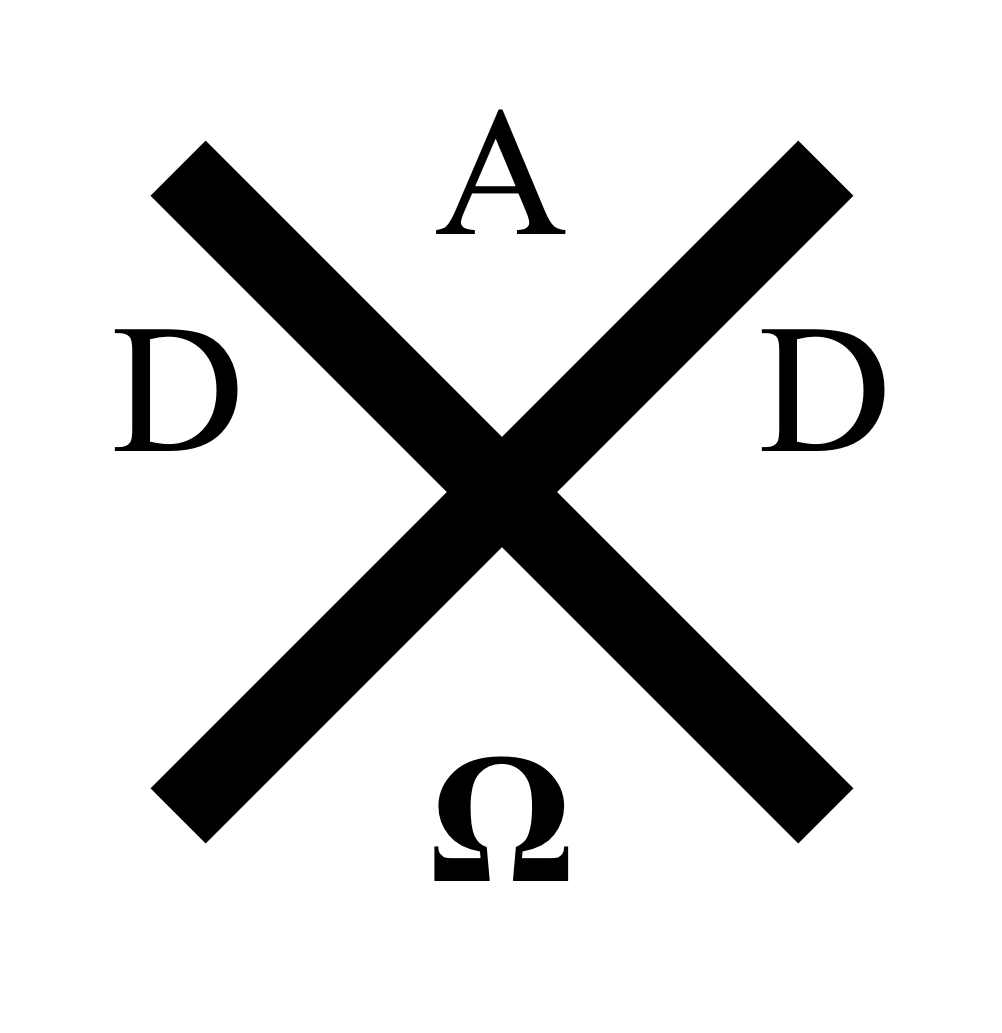